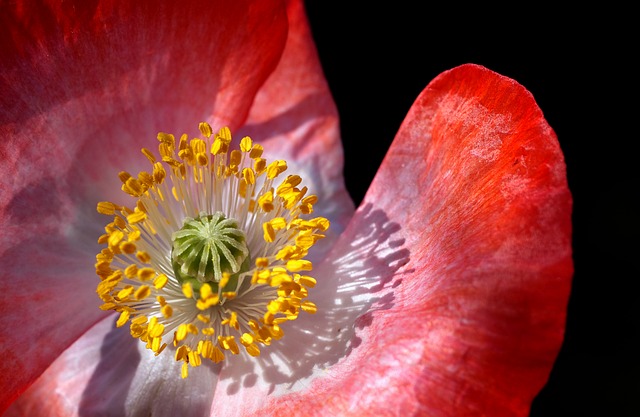 It’s the time of year when some folk head gleefully for the garden and the countryside to enjoy spring sunshine and flowers, while others recognise the onset of another year of allergy misery.  Hay fever is an allergic response to pollen that affects the mucous membranes of the nose, eyes and air passages.  Individual symptoms are many and varied, but typically include sneezing, sore and itching eyes, runny nose and sore throat.  About one third of sufferers also experience wheezing or breathlessness, known as ‘hay asthma’ or ‘pollen asthma’.

The symptoms result from the body’s overreaction to the pollen of various grasses and other plants, and mould spores from trees.  Hay fever is a seasonal allergy – timothy grass, rye grass and flower pollen sensitivity will result in summer hay fever, while tree pollens peak in the spring.  The pollen is air-borne and can be blown over long distances.

Many of the symptoms of hay fever are similar to those of the common cold, but whereas colds are usually gone in a week or so, hay fever sufferers will often feel ‘wiped out’ for weeks on end.  The pollens involved are recognised in the sufferers body as ‘foreign’, and like a virus, it stimulates the immune system to produce antibodies.  The body thus reacts as if to an infection, and the mucus membranes of the nose and respiratory tract release various substances, including histamine.  Histamine dilates local blood vessels, helping the immune system get to work clearing any irritation.  This is why the classic symptoms of hay fever include itching, sneezing, a streaming or blocked nose, and itchy, red, watery eyes. 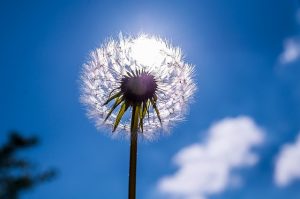 Homeopathic treatment works from the inside – rather than suppressing the symptoms, the aim is to reduce susceptibility and boost vitality.  Hay fever is a deep-seated, chronic ailment (often re-occurring in each generation of the family), treatment by an experienced homoeopath can produce good results: acute symptoms can be relieved rapidly, and a course of treatment can significantly reduce susceptibility to hay fever symptoms in subsequent years, as well as boosting your overall health.  Below are some of the remedies that homeopaths use to treat hay fever, and it is fine to treat yourself for the acute symptoms when the seasonal symptoms are at their worst.  A well matched remedy will provide rapid relief.  However it is also recommended that you seek a course of treatment with an experienced homeopath to address your deeper chronic health picture.

Homeopathic treatment is free from side effects and thus does not produce drowsiness.  Each person will experience their hay fever symptoms a little differently, and the treatment needs to be tailored to your individual symptoms, addressing the hay fever in the context of your whole state of health and circumstances.

Allium cepa is made from red onion, and hay fever symptoms which respond to Allium cepa are characterised by a rawness and soreness in the nose, with runny nose accompanied by a burning sensation.  There may be much sneezing.  The eyes are often watery too, with redness and sensitivity to light, and sometimes symptoms are worse in the left eye.  Symptoms tend to be worse in the evening and in a warm room, and Allium cepa often corresponds to hay fevers that come on in spring or late summer.

Arundo is a remedy made from an Italian reed, Arundo mauritanica, and is mainly known for its use in treating hay fever.  Symptoms begin with burning and itching of palate and eyes.  There is an annoying itching in the nostrils and roof of the mouth.  There may be pain at the root of the nose, and much sneezing and clear mucus.

Euphrasia is commonly known as Eyebright, and this herb has a strong affinity for the eyes, in herbal tincture as well as in homeopathic potency.  In cases of hay fever which affect the eyes, Eyebright tincture can be used to make a lotion for bathing the eyes (two drops to one tablespoonful of cool boiled water).  This is soothing for sore, itchy or puffy eyes.

This remedy is characterised by profuse watery discharge from eyes and nose with a great deal of violent sneezing, especially in the morning.  There may also be a dry sore throat, and itching in the nose.  Catarrh may be persistent, with blocked nose and loss of smell and taste.  Symptoms of hay fever are often accompanied by a throbbing headache, and they are worse for heat (especially of the sun) and lying down, and better for cool open air.

This remedy is very useful in hay fever which produces a great deal of catarrh, with thick yellow or green discharge from eyes and nose.  The eyes are itching and burning.  There may be a dry sore throat and sensation as if the throat is swollen, but they are not typically thirsty. Symptoms are better for fresh open air and cold applications, and usually worse in the evening.

Itchy and blocked nose, with violent sneezing which makes the eyes water.  Margins of eyelids are red and sore, and eyes also water in open air and sunlight. Symptoms are characteristically better for warmth – feels better for keeping warm, and from warm food or drinks.

This remedy is characterised by horrible itching and burning of the roof of the mouth and behind the nose, sometimes extending into the throat and ears.  Nose and throat feel very dry and irritated, and there is a constant desire to swallow.