Homeopathy for Relief of Insect Bites and Stings 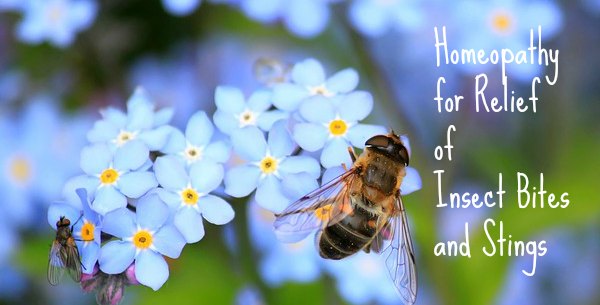 Homeopathy can provide rapid relief from the bites and stings of insects.  Each person may react differently, and it is important to select the best remedy match for your symptoms, including the objective appearance and the subjective sensation of the sting.

These are some of the main remedies which may be indicated.

For further information on remedies, potency choice, and how to self-prescribe for first aid, see my free e-book ‘My Top Ten Homeopathic Remedies’.